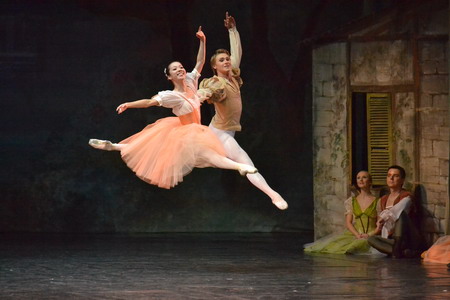 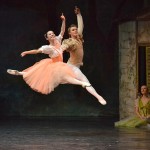 A WONDERFUL STORY ABOUT IMMORTAL LOVE, PERFIDIOUS TREASON AND FORGIVENESS WHICH BESTOWING LIFE.

Giselle (French: Giselle ou les Wilis) is a ballet in two acts with a libretto by Jules-Henri Vernoy de Saint-Georges and Théophile Gautier, music by Adolphe Adam, and choreography by Jean Coralli and Jules Perrot. The librettist took his inspiration from a poem by Heinrich Heine. The ballet tells the story of a lovely peasant girl named Giselle who has a passion for dancing, and when she finds out the man she loves is engaged to someone else she dies of a broken heart. Giselle was first presented by the Ballet du Théâtre de l’Académie Royale de Musique at the Salle Le Peletier in Paris, France, on 28 June 1841. The choreography in modern productions generally derives from the revivals of Marius Petipa for the Imperial Russian Ballet (1884, 1899, 1903).