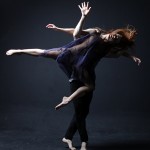 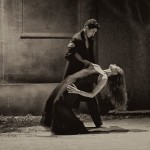 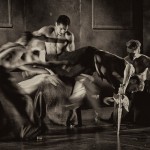 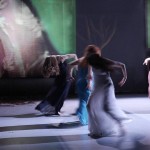 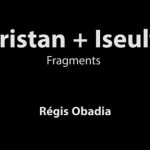 “I’LL DIE IN LOVE WITHOUT LOVE”

New co-project of the “Ballet Moscow” contemporary cast and the French choreographer Regis Obadia. This is the third co-work of the theatre and the choreographer. The Rite of spring performance was awarded Russian national theatrical prize Golden Mask as the best performance of contemporary dance in 2003.

Tristan+Isolde. Fragments is devoted to the 200th anniversary of the great German composer Richard Wagner. This staging is inspired by a legendary love story of Tristan and Isolde. Regis Obadia worked on the production together with an opera singer Maria Gulik and 8 dancers from theatre Ballet Moscow playing company. Videoartist Voicheck Staron created for Tristan+Isolde. Fragments dynamic video-art which is thrown into real spaces and imaginary. There is no one Tristan and no one Isolde in Obadia’s work. Each pair tells us their episode filling it with their own energy. Maria Gulik’s live voice transfers the finest savour of protagonists’ feelings and emotions. The choreographer had chosen for his work Wesendonck Lieder. It is a song cycle composed by Richard Wagner when he was under the influence of passion for Mathilde Wesendonck, the wife of one’s Wagner patrons. This very cycle will inspire Wagner to create Tristan and Isolde.

Regis Obadia was born in 1958 in Oran, Algeria. He studied contemporary dance from 1976 to 1979 at the Institut des Arts et du Movement, run by Françoise and Dominique Dupuy. At the same time he studied dramatic art at The International Theatre School, run by Jacques Lecoq. In 1980 he created A Sketch (L’Esquisse) company together with Joelle Bouvier.  Their first productions lead them to the advance guard of contemporary ballet both in France and abroad. In 1986 they create the Modern Ballet Centre in Le Havre and run it till 1993. In 1993 they get an appointment from Culture Ministry to manage the biggest National Centre of Contemporary Dance of Angers, France. And they rename it into the Centre of modern ballet “Sketch”. Their productions are remarkable for their bright individuality, dramatism and masterful choreography. Simultaneously they teach and create new form of expression, and it is called video-dance. From 1998 Regis Obadia decides to continue working without Bouvier. In 2003 he founds Regis Obadia Company, so, he continues searching for new theatrical forms both as a choreographer, and producer. Working in France, he also executes projects in Russia.

Supported by French Institute under the Embassy of France in Moscow, Russia.