THE WEDDING. THE RITE OF SPRING 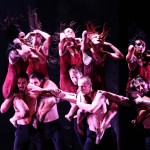 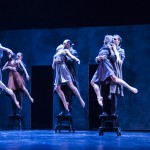 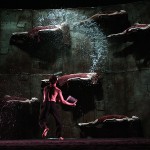 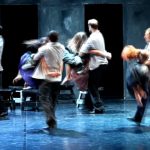 1 hour 30 minutes with one intermission

IMMORTAL STORY OF MAN AND WOMAN. POETICS AND PLASTICS OF LOVE.

Year 2013 is a double anniversary – 100 years of Rite of Spring and 90 years of Svadebka. Balet Moskva and french choreographer Regis Obadia present contemporary versions of both ballets.

Rite of Spring was created by Regis Obadia in 2003 and that year it was awarded Russian national theatrical prize Golden Mask.

The first performance of the Rite of Spring by Sergei Diaghilev’s Russian ballet in 1913 staged by Vaclav Nijinsky was a scandal. The music and, what’s more, the staging appeared to be too unusual. Since that time many choreographers addressed this work interpreting it in their own way.

In the centre of the ballet’s new version is the view of the world of contemporary man. This is a story of a young man “facing the mystery of cognition of woman, cognition of himself,” Obadia said during a meeting with journalists in Moscow. In his show, the protagonist exists in a tough urbanised world devoid of human warmth. “But the existential problems, the inward struggle are the same that in the days of the pagan Rus,” the choreographer stressed.

Stravinsky’s Wedding was also re-constructed by Regis Obadia in a contemporary way. This work is pretty new for Balet Moskva and is a full premier of 2012-2013.