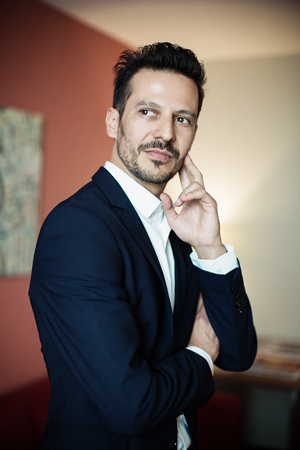 Spanish Juanjo Arques received his dance training in his hometown of Murcia. Before he came to the Netherlands in 2004, he spent five years as a soloist with Ballet Victor Ullate in Madrid, in the same grade, four years at the English National Ballet and with Dutch National Ballet began as a Grand Sujet, three years later he was promoted to Soloist. These three companies enabled him to perform the majority of recognized repertoire, ranging from classical to neoclassical by William Forsythe, Christopher Wheeldon, David Dawson, Hans van Manen and so on.

In recent years, he also got international commissions such as “Miniatures” (2011) for Slovenian National Ballet, “Unsound” (2012) for Compañia Nacional de Danza, Madrid and “Crossroads” (2013) for WimWhim, Seattle. Most recently he worked as a movement consultant for the theater play “Vaslav” based on Arthur Japin’s novel and “Performing Gender”, a european dance project on the research themes for identity and sexual orientation in Bologna Italy. His latest works “Roulette” (2014), “Rewind” (2014) and “Carolingians” (2014) have been premiered last spring in, Amsterdam, Antwerpen and Riom by dancers of the Dutch National Ballet.

Arques was nominated for the Dutch Dance Award Prize 2014 in Maastricht and he is one of the three selected artist to choreograph for the New York Choreographic Institute session in Spring 2015.