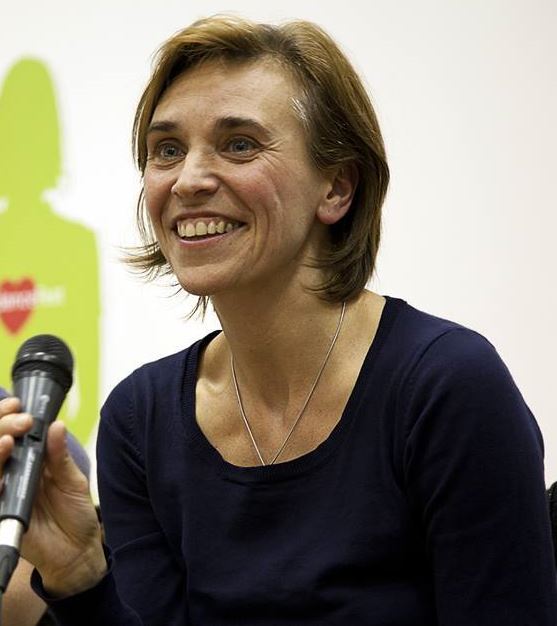 Karine Ponties was born in France in 1967. Her foray into dance began with studies at the Juan Tena and Ramon Soler dance schools in Barcelona, and culminated in her matriculation from Maurice Bejart’s Mudra school in Brussels in 1986.

She has worked as a performer with several companies, notably Frédéric Flamand, Michèle Noiret, Nicole Mossoux / Patrick Bonté and Pierre Droulers among others, in addition to founding Dame de Pic / Cie Karine Ponties in 1995.

In 1996 the company premiered at Théâtre Le Public in Brussels, and shortly thereafter Karine Ponties was honored with the laureate of the 4th Edition of Les Pépinières européennes for young artists.